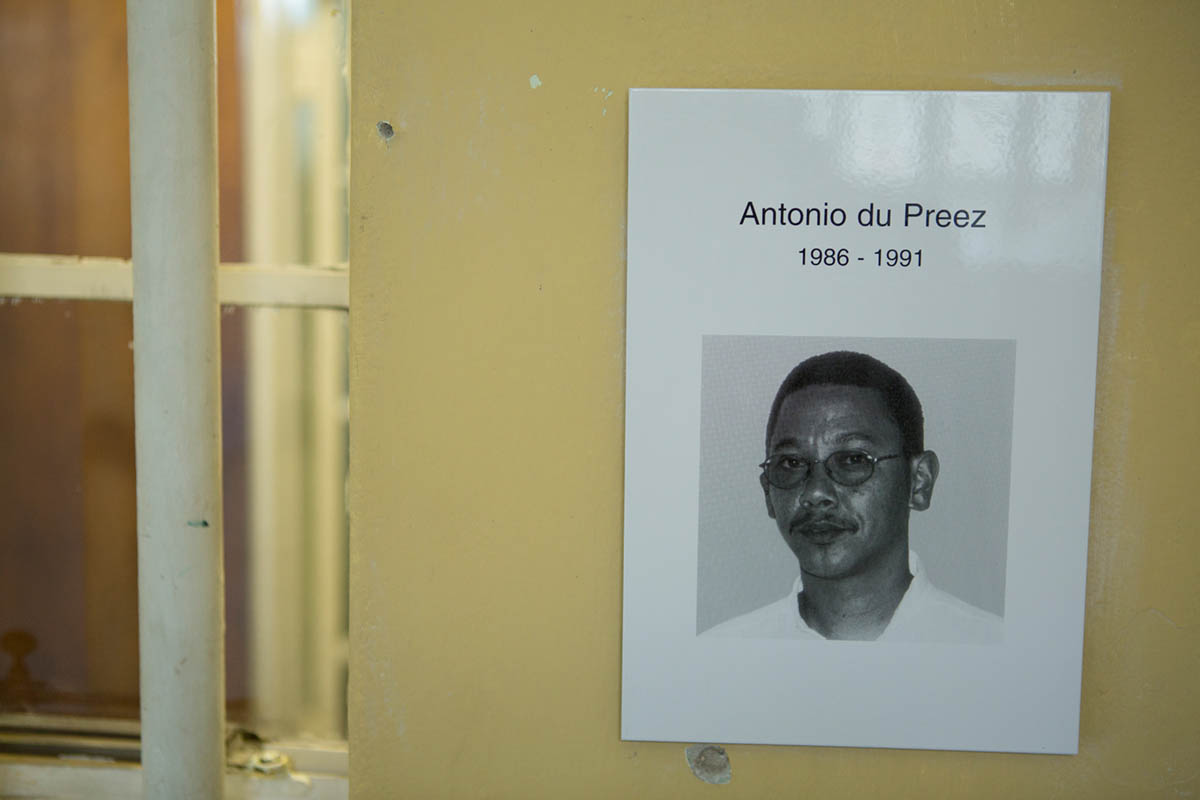 
07-05-2013 - Photo of Antonio Du Preez, who was imprisoned here in this cell from 1986 to 1991 for political reasons. He mentioned in the journal letter that he wrote that the Robben Island Museum committee collect and later posted. The Museum writes: Du Preez was serving the 15 plus years he was sentenced to, for the charge of subversive acts against the South African Government. Upon his arrival here, he refers to an encounter in a letter posted inside this cell in which du Preez wrote: 'an old man, said to me upon my arrival here, "how are you comrade?" That old man was Mandela.'