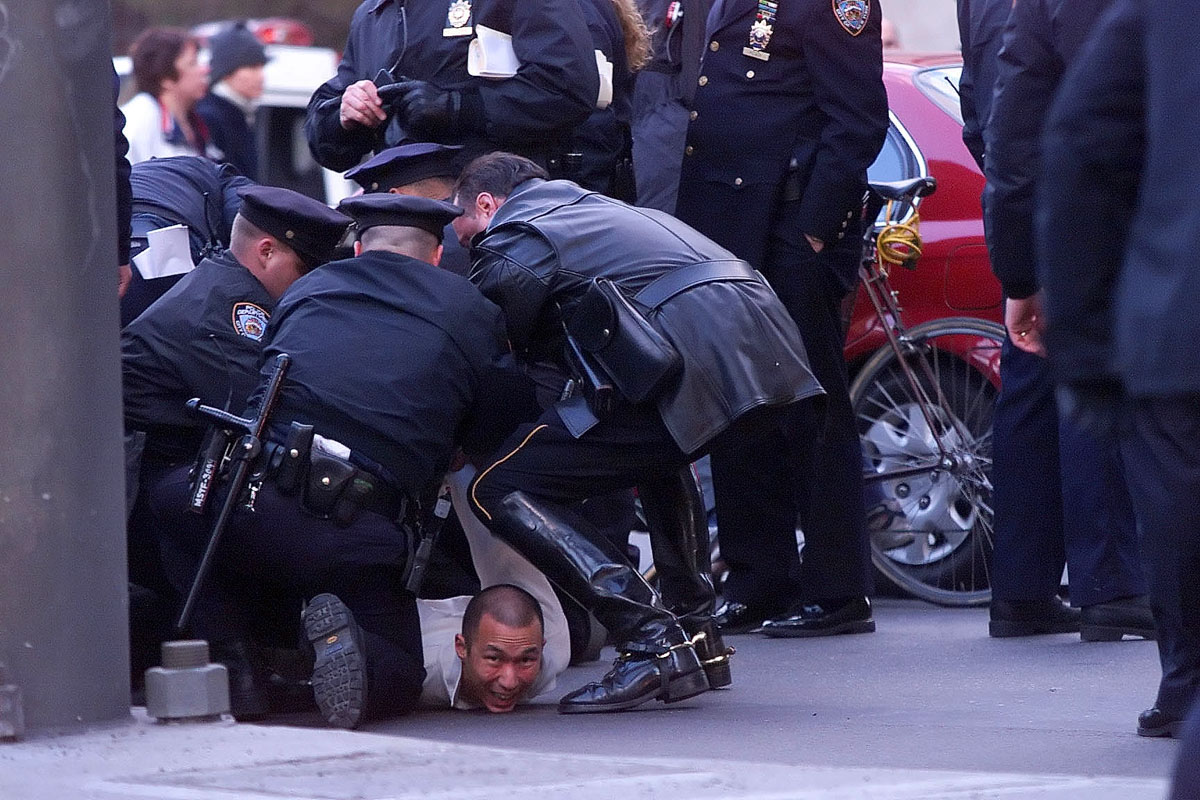 04/05/00 - New York, NY - A rally gathered in Union Square and then marched to City Hall Park to protest police brutality. Here some protester who later joined the rally tried to block the entrance to the Manhattan side of the Brooklyn bridge and were promptly arrested. This rally is linked to the acquittal of the 4 NYC police officers who killed Amadou Diallo./Digital/Cr: Ozier Muhammad/The New York Times