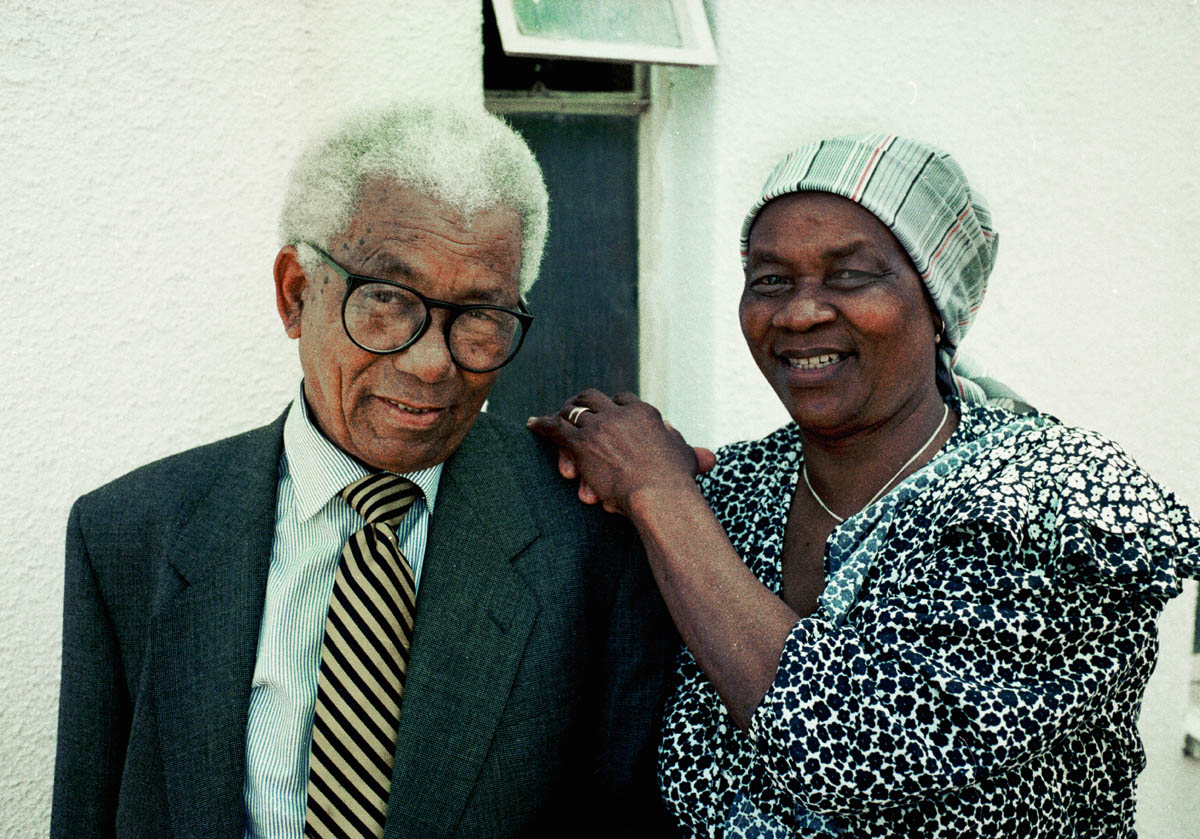 
This photo was taken Dec. 1989 - Walter and Albertina Sisulu standing outside their Soweto home. Mr. Sisulu was released from the prison on Robben Island after serving 27 years in prison with Nelson Mandela for sedition. Albertina Sisulu died June 2nd 2011 at the of 92. Her husband died in 2003. She helped in the struggle against Aparthied, serving many jail sentences herself.