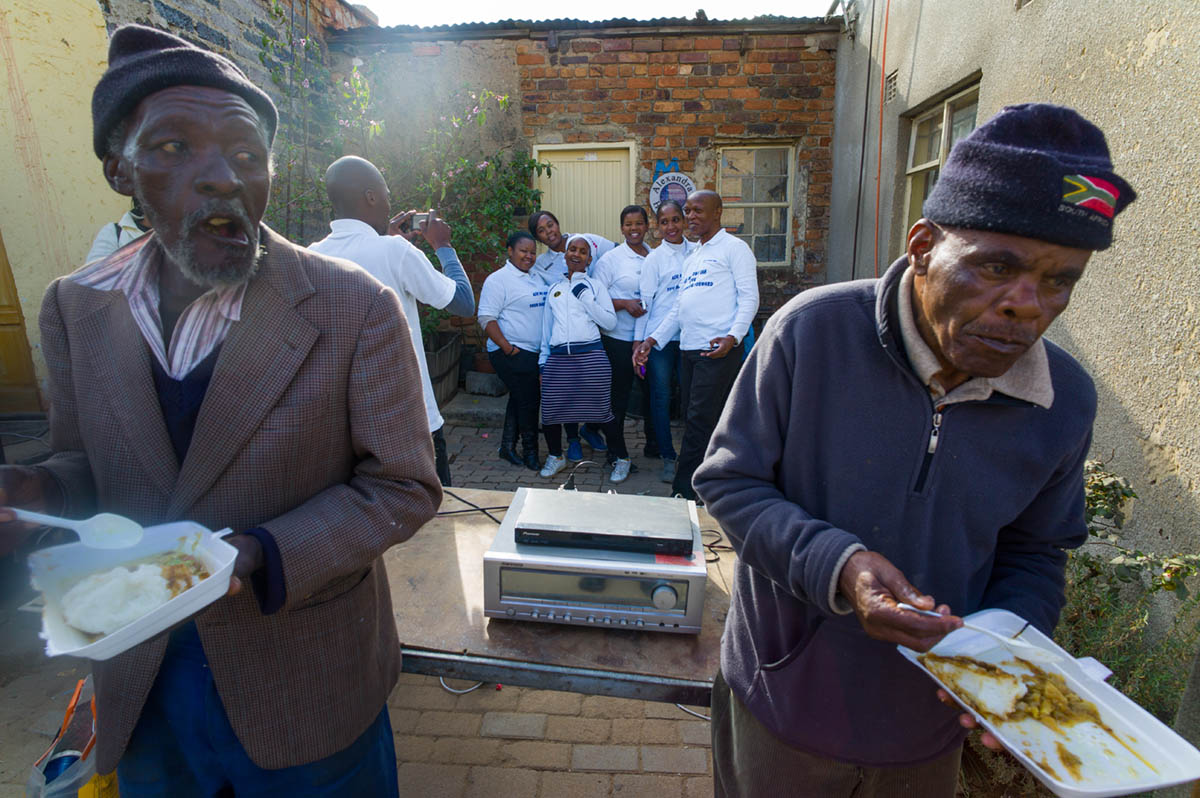 
More than 100 senior citizens gathered at The Nelson Mandela Heritage Site here to celebrate Mandela Day. Food, and music was provided by a non-profit organization called Tshedbedisano Support Network. A group of volunteers from a banking concern posed in front of the brick bungalow, in which Nelson Mandela lived when he left the Eastern Cape to move to the greater Johannesburg vicinity in the early 40s. The day was defined as a day to commit oneself to volunteer, to help others for at least 67 minutes, in recognition of the sacrifices Mandela made in his struggle with others, against apartheid over the course of 67 years.