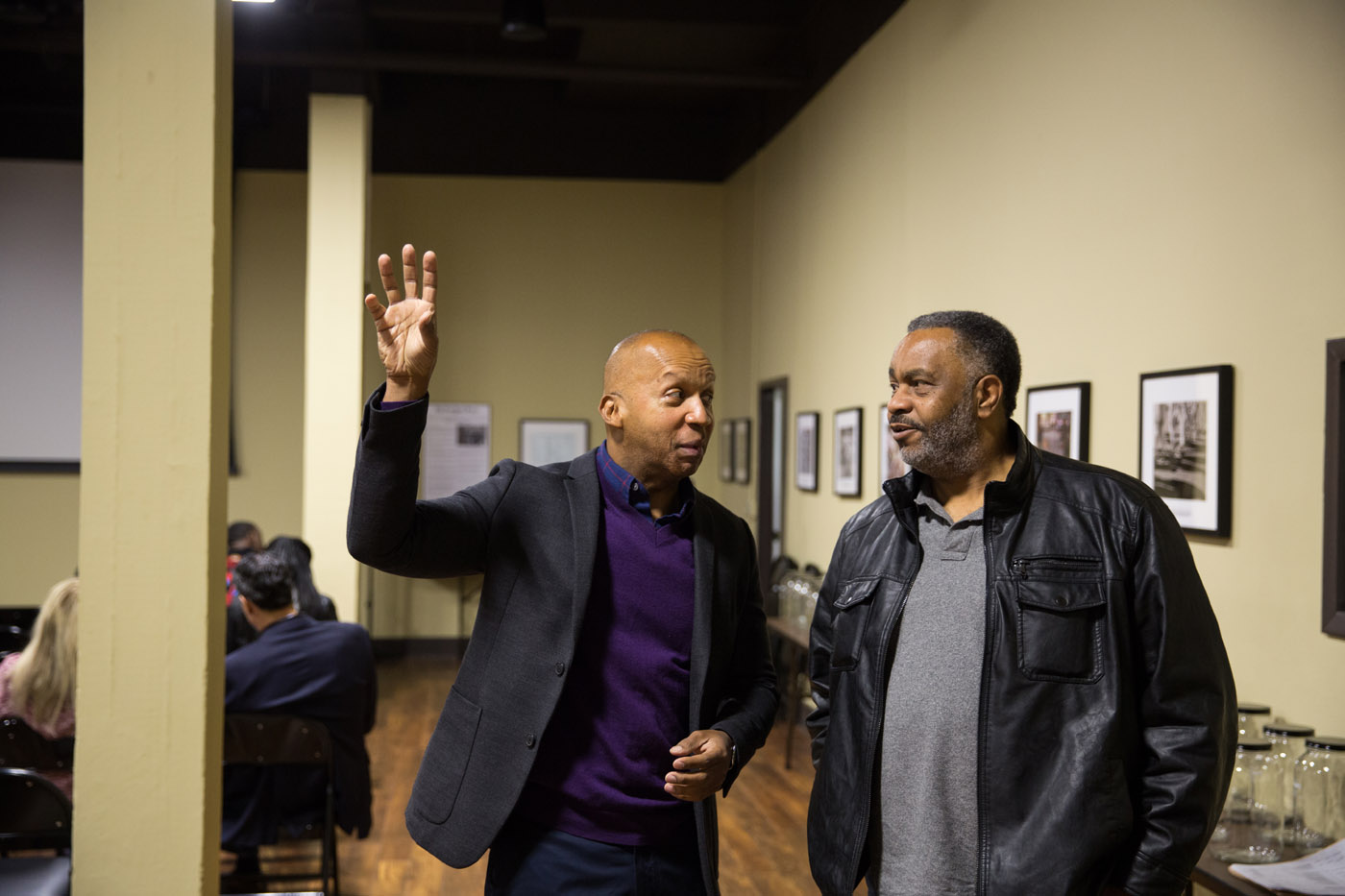 Montgomery, Ala - 02-12-16 - Left to right: Mr. Stevenson talking to Anthony Ray Hinton, Community Educator, was falsely accused of committing two murders outside of Birmingham, Alabama, in 1985. He was wrongly convicted and spent nearly 30 years on Alabama's death row before he was exonerated and freed in April 2015, with the help of EJI. - Credit Photo by Ozier Muhammad