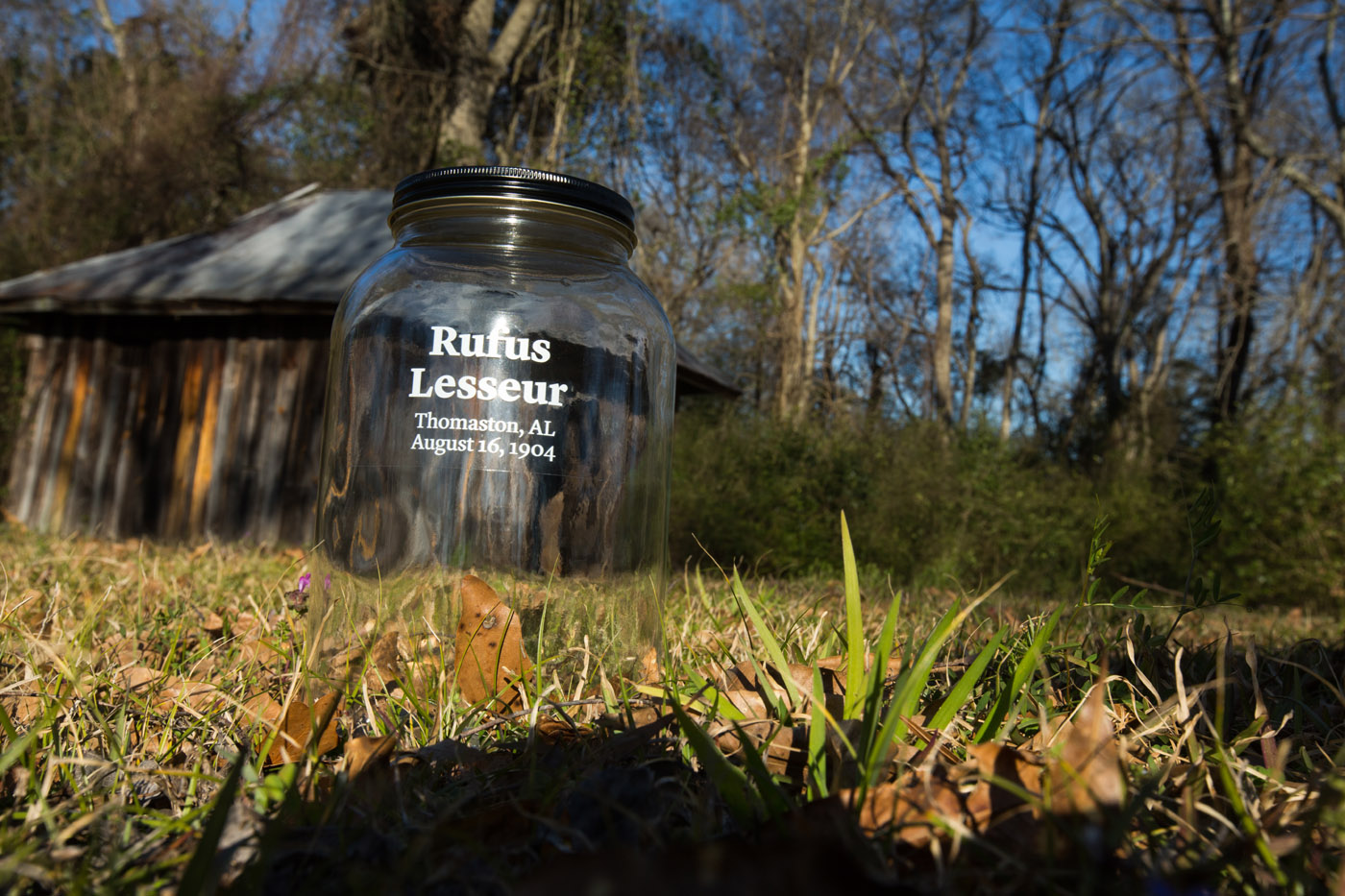 Thomaston, Ala - 02-12-16 - This capped jar is the type which used and inscribed the names of lynch victims. This capped jar was later filled with soil from this site where Mr.Lesseur, was first detained and later lynched on August 16, 1904. He was accused of raping a white woman on Aug. 14 of that year. This is a soil collecting for the lynch site project, for The Equal Justice Initiative. - Credit Photo by Ozier Muhammad