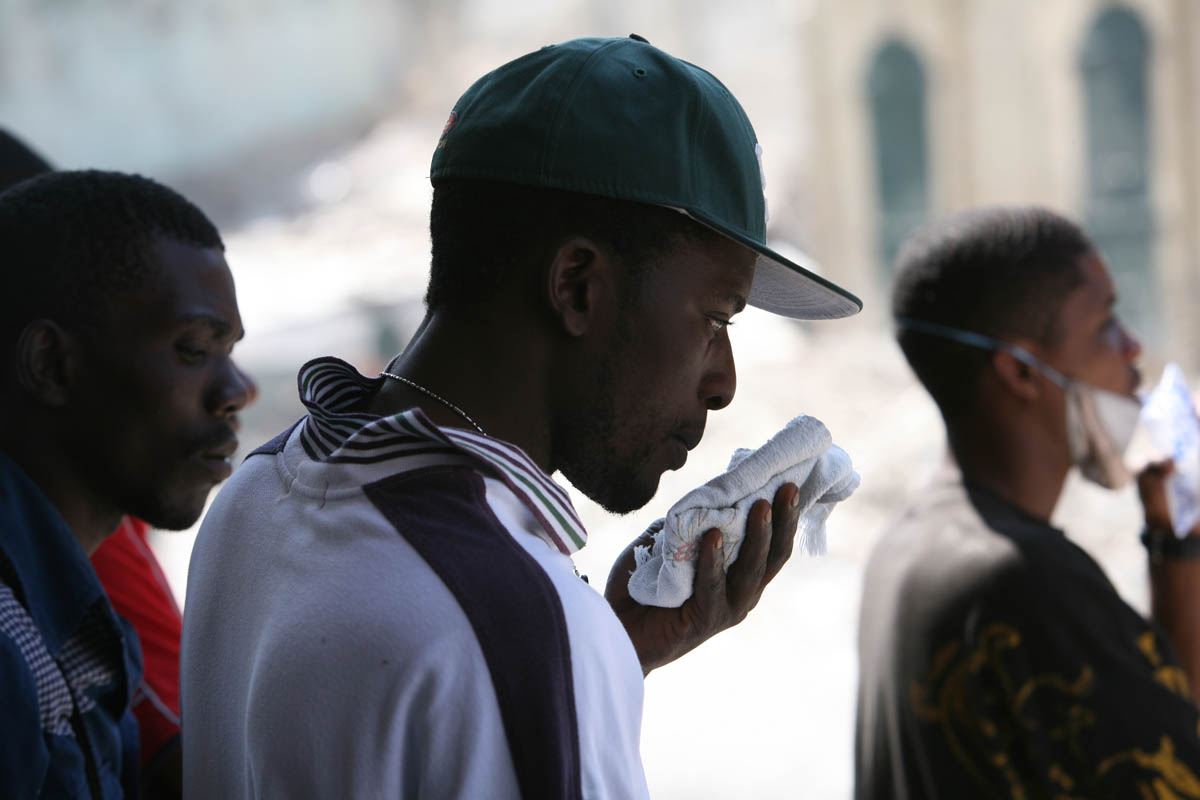 
Port Au Prince, Haiti - Deskl: FOR - Slug: - RESCUE - Today Wismond Exantis, 24, was pulled out of the rubble at the Napoli Inn Bar and Restaurant, on the same day in which the Haitian government announced the end of all rescue attempts, 11 days after the earthquake of January 12th. This man and others tried to rescue Exantis themselves, to no avail, and were able to get a hold of someone with a cellphone who called a center where all rescues were being coordinated. - Ozier Muhammad/The New York Times