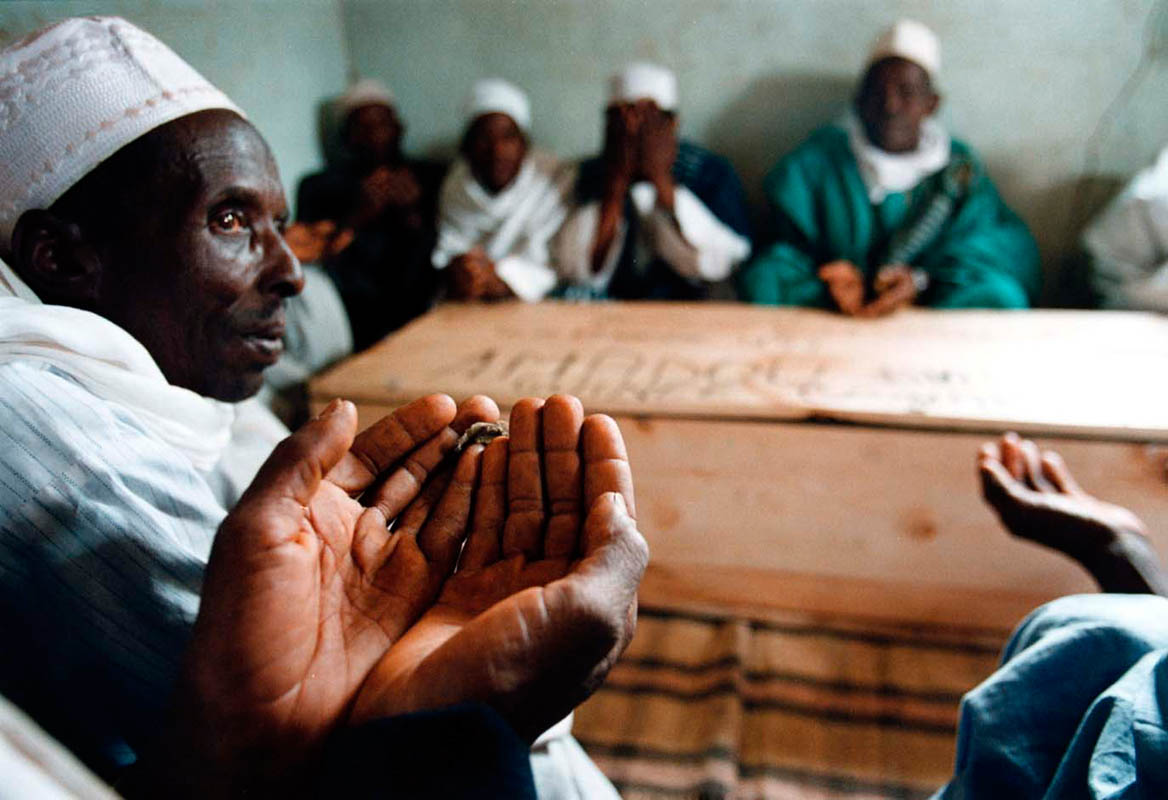 
02-14-1999 - Amadou Diallo, who was killed on February 4th 1999 in Bronx, NY when 4 undercover police officers opened fire on Mr.Diallo when he reached for his wallet. Guineans pray over his remains inside this coffin at mosque in the central area of Conakry. He was 23 years old when he was killed.